I have been on a lot of flights during the past eight years, but there is one that sticks out in my mind.

After reading the previous sentence, it would be normal to assume there was an incident of some sort. Maybe there was severe turbulence, the landing was bumpy, or the oxygen masks dropped down.

Well, you would be wrong. The flight was a lot more mundane than that. In fact, nothing went wrong at all. It was a routine and comfortable flight. The only problem was that I didn’t want the plane to land.

This may sound like a ridiculous statement and taken out of context, it does. But there was a reason I felt this way. This was not an ordinary flight for me. I was not flying abroad for a week’s holiday somewhere.

I was flying to the other side of the planet I was flying from the UK to Australia to live for a year on a working holiday visa. Aside from university, this would be the first time I was living by myself.

University was an eye-opening experience and one I learned a lot from, but I was only a two-hour drive from home. Now, I would be a day’s flight away.

During that flight, I had plenty of time to think. This was something I had wanted to do for years, but now that it came to doing it I was apprehensive. I was going to be in Australia by myself. I no longer had my parents to rely on, I knew no one in the country, it was just me.

The thought was scary and as the plane got closer to landing I got more and more worried about what I was going to do.

I didn’t want the plane to land because I was scared of the responsibility that was about to be forced upon me. I wanted to stay in limbo for as long as possible and postpone this inevitability.

Then a funny thing happened. Once the plane landed, I disembarked and made my way through immigration and I felt more at ease. The anxiety had gone and was replaced by calm.

I realised this was a golden opportunity and one I should make the most of. Instead of being worried about what might happen, it was nothing to be worried about at all.

Live Abroad For A Year

Living in Australia was a huge change. I had gone from working in a job I hated, living at home with my parents, to living in hostels with full autonomy over my life.

I had to stand on my own two feet and decide what I wanted to do. Travel to a new city? That was up to me. Get a job? I had to put the hours into looking for one.

It was a liberating experience. My initial fear at what life in Australia might hold was replaced by the euphoria of the variety of opportunities that I now had.

One of the things I learned quickly was that being by myself was not as bad it seemed. On the face of it, moving to a new country by yourself is scary. You don’t know anybody and you have to get used to a different way of life.

However, my experience wasn’t like this. Being by myself meant I had to be open to getting to know people, otherwise, it would have been a lonely year. The fact I was alone pushed me out of my comfort zone and forced me to get to know people.

Granted this wasn’t too difficult in Australia. English is the spoken language and the culture is similar, but it was still a challenge. When I moved to Spain a few years later, this was much more of a factor, but it was much easier because I had gone through this before.

Living abroad for a year in Australia and then in New Zealand, taught me life is what you make of it. I could have easily stayed in the UK, stayed in my boring job and gone through the motions. This would have been the easy option.

There is nothing like moving abroad and living in a new country. It is a big change and a huge challenge. This is even truer if you go to a country with a different language than your own.

All the little things that you take for granted suddenly become difficult. Buying groceries is a challenge, asking for help is a struggle, but it’s one that has its benefits later.

When you’re living abroad, all these experiences add up and compound in value the longer you are in the country. Their worth becomes clearer the more time goes on.

To Assume Makes an ‘Ass’ Out of You and Me 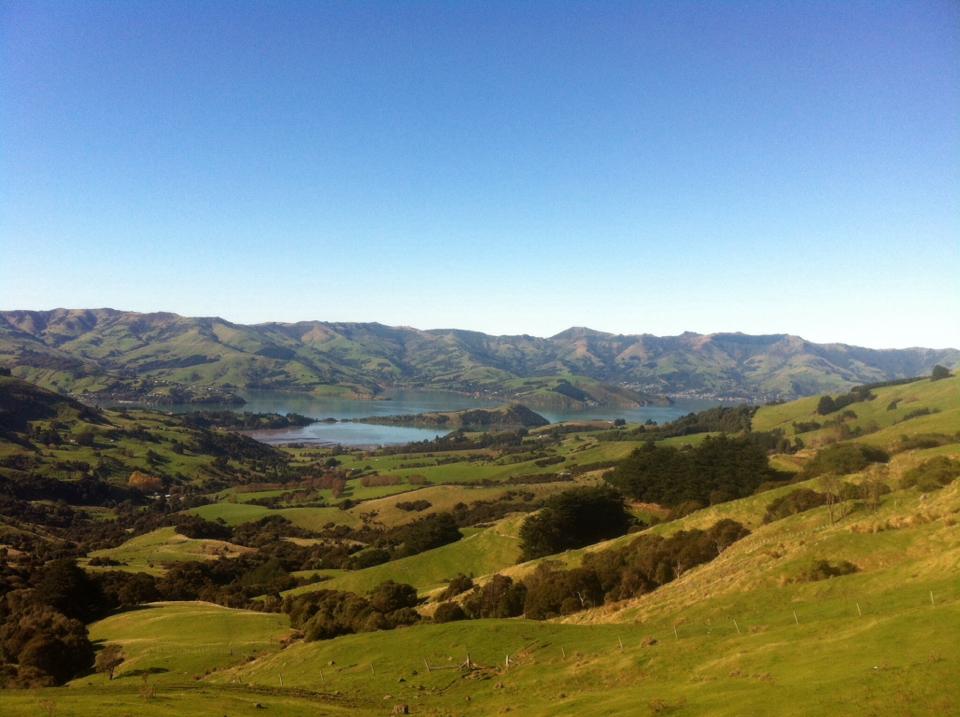 For whatever reason, we develop assumptions about places and people throughout our lives. The beauty of living abroad is that your assumptions are challenged from the moment you land.

I remember being on the bus from the airport when I landed in Australia travelling to my hostel. What I saw reminded me of the USA more than England. For as long as I could remember I had thought of Australia as being like England. Now that I was in the country, I saw that this wasn’t the case. It was very different from my expectations.

One of the biggest problems today is that because of the ever-increasing interconnectedness of the world we think we know more about the world than we actually do. Seeing a country on your Twitter feed or the news is no substitute for experiencing it yourself.

It’s this belief that leads us to confidently make comments about countries that, in reality, we know very little about. These are assumptions based on an incomplete picture we see through social media or the mainstream media.

When you’re in a country 24/7 you see what it’s really like. Your assumptions are stripped away and replaced by the realities of life. This is healthy for two reasons. One is that makes you appreciate that the world is a diverse place and there is no one correct way of doing things.

The other is that it makes you think twice before forming new assumptions. If your assumptions were wrong the first time what’s to stop them from being wrong again?

Living abroad gives you the whole picture as opposed to the snapshot you may otherwise see.

It’s a cliche that you travel the world to find yourself, and while there is some truth in it, I think you truly discover who you are when you live in a different country.

Living in a foreign country is a much more different experience than passing through a country. You have to adapt to a different way of life, maybe learn a new language and make new friends.

The experience forces you to open your eyes to a new way of doing things. It makes you realise that you accomplish more than you think and that the only limitations are the ones you place on yourself.

It’s easy to get stuck in a monotonous cycle when you’re living at home. While this can be good, if you don’t do anything challenging every once in a while, you’re stagnating rather than progressing.

Life is a constant struggle between the need for adventure and challenge and the desire for stability and security. It’s easy to seek the latter as it’s reassuring and what we’re familiar with, but does it really benefit us in the long run?

If more people lived abroad, if more of us took the time to understand other cultures, the world would be a much more tolerant place. Our perspectives on life would be much healthier for us and everyone else.

Personally, I’m still torn. I love the adventure and thrill that comes with living in a new place, but for the first time in a while, I am more content than ever with being at home.

Had I never gone to Australia in the first place, I likely would have regressed further and further into my shell instead of broadening my horizons.

We are here for such a short time, that in my eyes, it makes little sense to spend all of your life in the same spot. Migration is a natural part of life, it’s just that we have forgotten this the more interconnected the world has become.

Deciding to live abroad for a year is not for everyone, but you’ll be a better person for the experience if you decide to do it.