It’s eight years since I set out on my first solo trip to Australia. During this period, I’ve learnt a lot of lessons from travelling.

In those eight years, I have lived in three different countries, travelled to over forty, worked in a variety of jobs and spent six months road tripping around Europe.

To say I am a different person, to when I first left, would be an understatement.

During that time, I have learned a lot of lessons. Some good, some bad, and some downright crazy.

But, all of it has made me a better person and changed my outlook on life.

It’s a well-trodden cliche that you find yourself when you travel. However cliche it may be, there is an element of truth to it.

You’re constantly putting yourself in uncomfortable situations. How you react to those situations, will reveal to you, the kind of person that you are.

It’s impossible not to travel and return different. You’ve been to new places, seen new things, had your central belief system challenged.

Travel is a disruptive process that shakes your beliefs to the core. Or maybe it reinforces them!

No matter what, travel will teach you. Here is what it taught me.

1. Fear Is Nothing To Be Afraid Of

I was terrified when I decided to go backpacking in Australia. I was so frightened of being alone on the other side of the planet, I didn’t want the plane to land!

How crazy, is that!

What happened when the plane landed? I walked out of the airport in the Gold Coast and realised being alone wasn’t that scary at all. I realised I was free to go and do what I wanted. Despite not knowing anyone in the country, I felt more at ease than I had on the plane.

What I was afraid of was a figment of my imagination. I had made my fears out to be worse than they actually were. This was borne out in the following year as I thoroughly enjoyed myself and made lots of friends.

Fear becomes smaller the closer you get to it. A little fear can push you in the right direction at times. Embrace it!

We are obsessed with collecting things. We tell ourselves we need that new iPhone. Buy that new car and I’ll be happy.

Yet, we are more miserable than ever. Why?

When you buy things, they ultimately, end up owning you. A lot of these items have no value apart from the arbitrary value we place in them ourselves.

Early on in my travels, I realised that I barely missed any of my possessions. The only one that I would have liked to have had with me was my bicycle. But that’s not the most practical thing to travel with!

Your money would be much better spent on experiences. Experience can bring you to your knees, teach you something new, or take you places you never thought you would go.

Experiencing a variety of cultures and countries will imbue with a fresh outlook.

When you realise that you can live without all the possessions that you have back at home, your outlook on life will change. It’s just one of the ways travelling changes your perspective.

I had to live frugally during my travels. It was thrust upon me. I had no choice. If I didn’t, I would be back home upset and penniless. Not a good position to be in!

This meant reining in my spending and being more careful with what I did spend my money on. I was mindful of what food I ate, how much money I spent on alcohol and created a list of things I’d like to so I could budget them into my costs.

Was it difficult? At first, but gradually, I began to think better than spending my money on pointless rubbish.

Spend more and go home earlier, or be careful and stay for longer. This was the choice that I had to weigh up while I was on the road. Even when I had a job it was still a choice I had to make.

In the end, it was an easy choice!

One of the things that I learnt during my travels was that we are more alike than we realis. This may seem like a strange comment considering we are all the same species.

Yet, we are often divided along racial, religious and social lines. What travel teaches you is that these boundaries aren’t as deep as they might seem.

It’s remarkable how alike we are, despite the numerous cultural, linguistic and national barriers between us. This is one of the ways you learn while you travel. You learn that despite linguistic and cultural barriers, we are more alike as a species than we realise.

5. No Amount Of Research Will Prepare You

You can devour the Lonely Planet guidebooks. You can watch all the travel documentaries you can find. You can read all the blog posts you want.

But, no amount of research will prepare you for what a place is truly like.

It’s ironic I say this as a travel blogger, but it’s true. No amount of research and preparation will prepare you for what you encounter!

There is a world out there, outside of your books and videos. Go and see it for yourself!

I did not truly appreciate this until I travelled to Australia. I knew it was big, I just didn’t realise how big!

Flying from Singapore, we eventually reached the Northern coast of Australia, I thought we would arrive in Sydney in an hour or two.

I had grossly underestimated how big Australia was. Despite the increasingly interconnected nature of the globe, it’s still bigger than we can imagine!

Flying to New Zealand from the UK took me two days. Sure, I had a layover in Singapore which lasted for twenty hours, but it would take close to two days regardless.

The world is so big that we have almost no hope of seeing it all.

7. Once You Travel, You’ll Want To Travel More

Travelling is a disease that takes hold of you and doesn’t let you go. No matter how much you try to wrestle free of its grip, you’ll always find yourself sucked back in, yearning to travel once again.

Even now after nearly eight years of travelling on and off, I still have the desire to travel. Being locked down during the Coronavirus pandemic hasn’t helped, but the fire has not been dimmed.

This might not be the case for everyone. I know a few friends that did working holidays in Australia and haven’t travelled much afterwards. But if you travel for a long period of time, it’s hard to shake off the desire to keep travelling.

Settling down and starting a family will change your perspective on travelling, but you may still find yourself yearning to venture to far-flung foreign lands regardless.

Once the fire starts burning, it’s hard to extinguish.

8. Life Will Never Be The Same 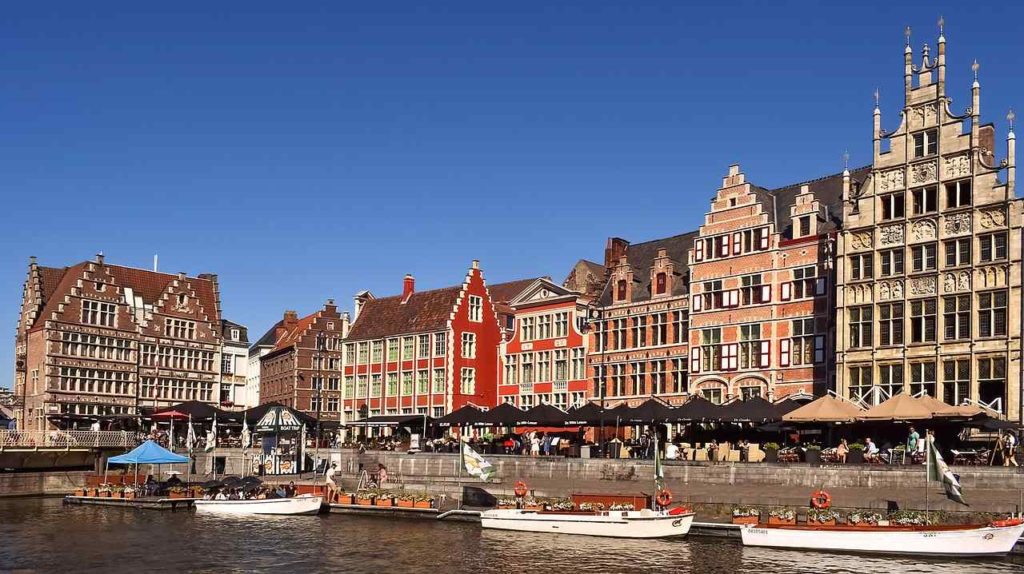 When I came back from Australia after my first trip, I noticed that I looked at things differently. Walking around, I realised how little had changed where I lived, yet I had changed a lot.

If you spend a year in New Zealand or another country, you’re experiencing so much in that year that you can’t help but change.

The reality is that travelling is life on steroids. You’re experiencing so many new places and emotions compared to if you were living back at home doing a normal job.

Travelling changes your perspective on life. It makes you see the world in a different way. Once you experienced that, there’s no going back.

We do not realise how privileged we truly are.

We are able to go on holiday to these far-flung destinations and return home afterwards.

If you visit a poor country, you will see abject poverty all around you.

It’s an eye-opening and humbling experience.

Only then does it become apparent, just how lucky we are to come from a rich country.

If you want to go on the trip of a lifetime do it.

If you want to visit that country you’ve dreamed of going to, do it.

If you want to quit your job to travel the world, do it.

Life is short, there are no guarantees. It may cost a lot of money, it may not get the approval of your friends and family.

But, it’s your life, you’re free to live it however you want.

One day, tomorrow will never come. No one wants to die old and full of regrets!