If you’re looking for Belgium quotes, then you’ve come to the right place.

These quotes about Belgium will provide you with lots of fantastic inspiration to visit one of the most interesting countries in Europe.

Belgium might not be the first place that comes to mind when you think of Europe but there’s plenty to see. From Bruges to Brussels, Antwerp and Ghent, there are some beautiful cities to check out while you’re there.

These Belgium quotations will give you an idea of what the country is like and why you should visit. I’m sure they’ll provide plenty of inspiration for you to visit Belgium!

Whether it’s a weekend in Bruges, or somewhere else in Belgium, there are so many good reasons to visit this beautiful country.

Below are some of the best Belgium quotes that will give you an idea of what you can expect when you visit.

“Belgium is such a beautiful place with so much history and charm.” – Andi Dorfman

“Belgium’s 1986 team is like the Christmas movie that they bring out every single year. That World Cup is something we get to see and hear about all the time. It is part of our general education in Belgium.” – Vincent Kompany

“My partner, Patrick, and I live in an old house in Belgium that was built in 1840 and is out in the countryside between Antwerp and Brussels.” – Dries van Noten

“We are proud of our ridiculousness. That’s what made our Surrealism. Proud and ashamed of everything at the same time. I think that’s my definition of Belgium.” – Stromae

“Belgium have a very good team. There are dozens of teams that say we want to become the world champions.” – Kevin De Bruyne

“I couldn’t have imagined Belgium being number one in the world.” – Moussa Dembele

“Growing up in Belgium, I played football all of the time, in the garden, on the street.” – Jan Vertonghen

“Belgium, where there occurred one of the rare appearances of the hero in history, was lifted above herself by the uncomplicated conscience of her King and, faced with the choice to acquiesce or resist, took less than three hours to make her decision, knowing it might be mortal.” – Baraba W Tuchman

“The No. 1 place I’ve visited so far was Antwerp, Belgium. That was one of the coolest cities I’ve ever seen. Every day I woke up, I felt like I was in a movie.” – Sam Mikulak

“Belgium is half French-speaking and half Flemish, and I was born on the French side. So we spoke it a lot – like, in kindergarten, it was almost all French. But then I moved to New Zealand when I was 10, where we obviously spoke English all the time, so I lost the French a little bit.” – Stella Maxwell

“Going to Belgium proved to be quite a cathartic experience for me because it eventually helped to heal the situation of leaving Leicester too.” – Nigel Pearson

“I’m a big traveler these days. I was in Hong Kong. I live there. I was just in Belgium with my parents and now I’m on my way to North America. You will find me all over.” – Jean-Claude van Damme

“Brussels is a gay little city that lies as bright within its girdle of woodland as any butterfly that rests upon the moss.” – Ouida

“In Brussels, you are able to have a lot of appointments in a day. In Paris, you can have one, two, maybe three, but you spend all your time on the road, in the car, or in the suburbs. In Brussels, everything is easy. It’s not a very big city, and the people are very quiet and warm.” – Eric-Emmanuel Schmitt

“I was born in Belgium. I went to school in England and in Switzerland, then I came to America, so I really feel like I am a citizen of the world.” – Diane von Furstenberg

“I was born in Belgium, but we moved to Kilburn when I was one, so ‘Time Out’ has always been in the background of my life.” – Bradley Wiggins

“When you come to read, as of course someday you will, all the long and wonderful story of little Belgium, you will see that almost from the first it was too strong and independent to stay forever under the rule of any country. And you will understand, too, why even this last terrible war hasn’t been able to wipe it off the map of Europe. You will be sure that it is always going to stay there, for all the world to see and admire. a strong, sturdy, hard-working little sister among the other countries.” – Alice. E. Allen

“Traveling through Belgium is like reading a history book of Europe, the pages of which contain the record of man’s struggle for freedom. Because it has so often been wounded, oppressed and bruised Belgium has placed against the background of her landscape the memories of her past: the belfries recalling her struggles; the churches, the spirit of her faith; the castles, the sentinels of her splendor.” – Dore Ogrizek

“Bruges had the air of a ghost town. The high towers, the trees along the canals withdrew, absorbed by the same muslin: impenetrable fog with not a single rift. Even the carillon seemed to have to escape, to force its way out of a prison yard filled with cotton wool to be free in the air, to reach the gables over which, every quarter of an hour, the bells poured, like falling leaves, melancholy autumn of music.” – Georges Rodenbach

“I still cannot walk around anywhere in Belgium.” – Eddy Merckx

“I dislike Belgium and think the Belgians, on the whole, the most contemptible people in Europe.” – Matthew Arnold

“Belgium” is the rudest word in the universe, which is “completely banned in all parts of the Galaxy, except in one part, where they could not possibly know what it means.” – The Hitchhiker’s Guide To The Galaxy

“I know you’re Belgian, that’s where those waffles come from.” – Alan Sugar

“Belgium is a country with a split personality.” – Nicholas Royle

“Belgium is a country invented by the British to annoy the French.” – Charles de Gaulle

“If Belgium win the World Cup, I will cut my hair.” – Marouane Fellaini 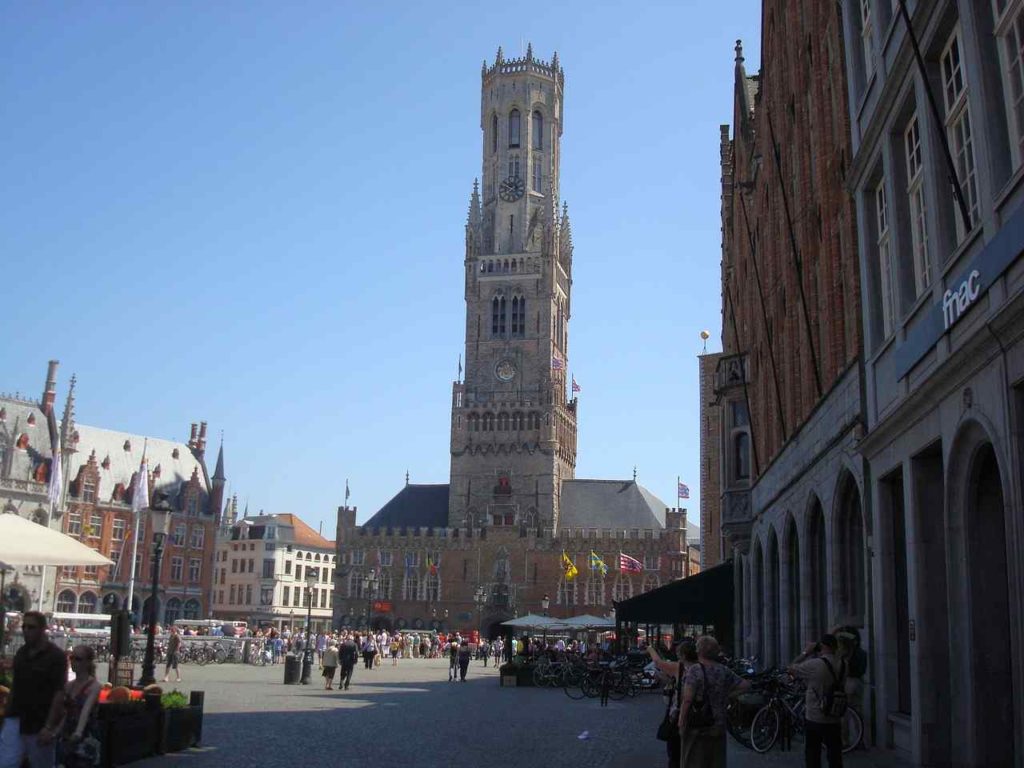 Nothing is sweeter than Belgium Chocolate.

The land of chocolate, beer, and waffles!

Waffles with melted chocolate and strawberries – life doesn’t get much better than that!

Nothing is sweeter than their chocolate

Just left a hotel in Belgium, damn them waffles was insane

I think I ate too many waffles

Take me to Belgium

Always have waffles on my mind in Belgium

Belgium is always a good idea 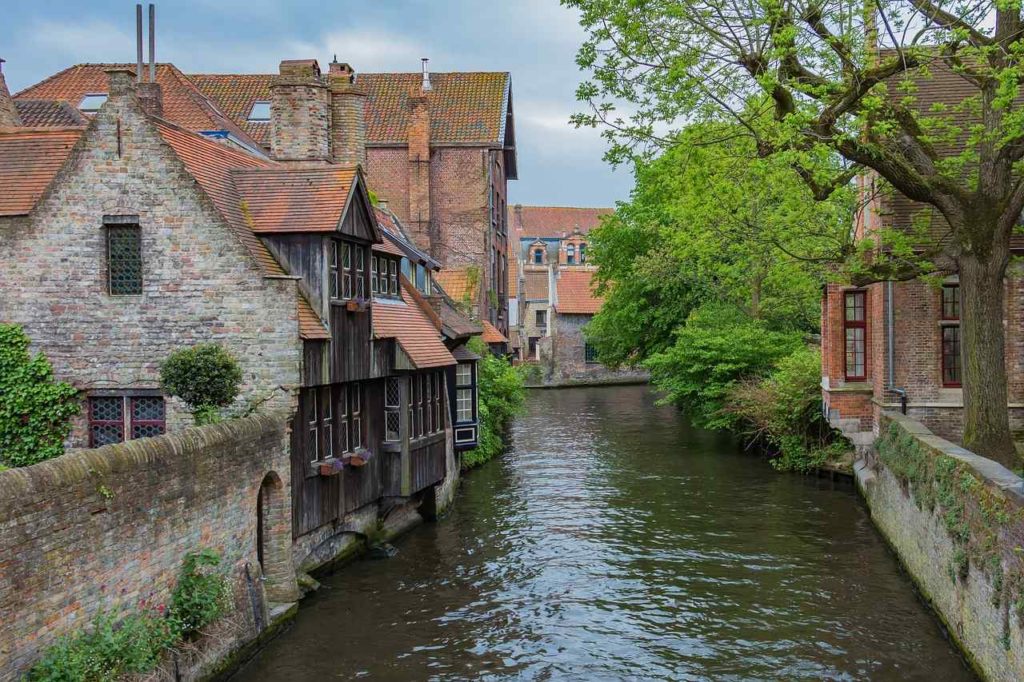 Not a brussel sprout in sight!’

This vacation came and Ghent

If you’re searching the map for a city in Belgium, you could be looking for a Bruges

‘I’ve become a chocoholic during this visit.

‘Sell not the bear’s skin before you have caught him.’ – Belgium Proverb

What do you call children living in the capital city of Belgium? Brussels sprouts

‘He who arrives too late finds the plate turned over.’ – Belgium Proverb

‘Cast no dirt into the well that gives you water.’ – Belgium Proverb

Show us your Brussels.

‘Experience is the father of wisdom.’ – Belgium Saying

‘It is no use waiting for your ship to come in unless you have sent one out.’ – Belgium Proverb

‘If it weren’t for half its population, Belgium would have an un-Flemished reputation.’

‘Brussels: Not a sprout in sight

Not at all disappointed by the lack of Brussels sprouts here.’

‘He who does not wish for little things does not deserve big things.’ – Belgian Proverb

Quotes About Belgium’s Culture and History

“The original Grand Tour would generally begin in Belgium or the Netherlands before moving through Paris, Geneva, Spain, Italy, and perhaps Greece.” – Hanya Yanagihara

“Belgium is modernizing itself and it gives me joy.” – Albert II of Belgium

“My stepfather is a baron. He has a castle in Belgium that’s been in his family for hundreds and hundreds of years. It’s not fancy; it’s really sort of brimstone and dark. It’s got a moat and a drawbridge.” – Caroline Polachek

“When I was a kid in my neighborhood, there was nobody that supported Belgium. It was impossible and unthinkable because there was nothing they could relate to.” – Vincent Kompany

“Film-makers in Belgium are seen as arts and crafts makers. It is a small country. There is not really a film industry there at all.” – Luc Dardenne

“Have we so soon forgotten those four years of terrible carnage, the greatest war of all time; forgotten the millions of men who gave their lives, who made the supreme sacrifice and who today, beneath the soil of France and Belgium, sleep the eternal sleep?” – Frank B. Kellogg

“Maybe from the outside, Belgium looks complicated to understand, but from the inside, actually, every country is complicated.” – Vincent Kompany

“Belgium thinks that however great the peril which a country might have to undergo under the system which we seek to establish here, that country ought to do its duty.” – Henri La Fontaine

“Someday, I have no doubt, the dead from today’s wars will be seen with a similar sense of sorrow at needless loss and folly as those millions of men who lie in the cemeteries of France and Belgium – and tens of millions of Americans will feel a similar revulsion for the politicians and generals who were so spendthrift with others’ lives.” – Adam Hochschild

“I think that’s the reason why I’m proud to play for Belgium – because I can take ownership. I’m not saying that I’m not proud of being Congolese as well – but I’m saying this is also my country, and anything that happens in my country, I want to have a say.” – Vincent Kompany

“I still remember my days in Komarock estate, the days when it was all normal, and even though I am born and bred in Belgium, I could easily fit in and feel like any other Kenyan.” – Divock Origi

“I like to say that while antimatter may seem strange, it is strange in the sense that Belgians are strange. They are not really strange; it is just that one rarely meets them.” ― Lawrence M. Krauss

“I also liked the Belgian brewers are notoriously rebellious and mock Americans’ obsession with categorizing beers by style; I saw them as arrogant expressionists ensnared with creation, not categorization.”― Lucy Burningham

“I ask him what the Belgians are like. ‘The Walloons are like French people, but nice, and the Flemish are like Dutch people, but soft,’ he tells me. ‘It’s like all of the good bits about France and Holland with none of the attitude.'” – Andrew Fraser

“Before little Belgium was even dreamed of, great wars were taking place on its soil. And those early people were learning through much hardship and suffering to be brave and fearless and strong.” – Alice E Allen

“But Belgium isn’t in the pot. She isn’t a poker chip. She is the spiritual symbol of the whole war. She is to be restored, guaranteed, and indemnified before there can be any discussion of peace terms.” – Arthur Gleason

Thanks for reading my collection of the best Belgium quotes! Hopefully, they have sparked your curiosity and inspired you to visit the country.

Do you have any other quotes about Belgium? If you do, leave them in the comments below. Let me know if you’ve been to Belgium and what you think. I’m interested to see what your opinion of the country is!